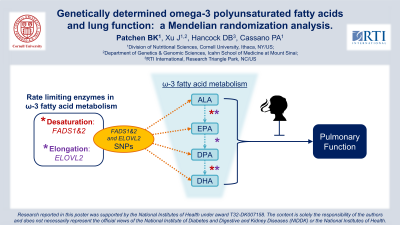 Conclusions: Our analyses suggest that higher ALA has a direct negative effect on lung function, while the positive effects of EPA and DPA may be through the balance of N-3 and N-6 PUFA metabolism. However, interpretation of MVRM findings when modeling metabolic pathways needs further consideration.