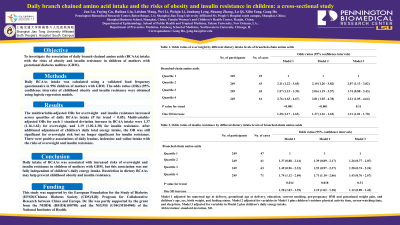 Objectives: To investigate the association of daily branch chained amino acid intake with the risks of obesity and insulin resistance in children.