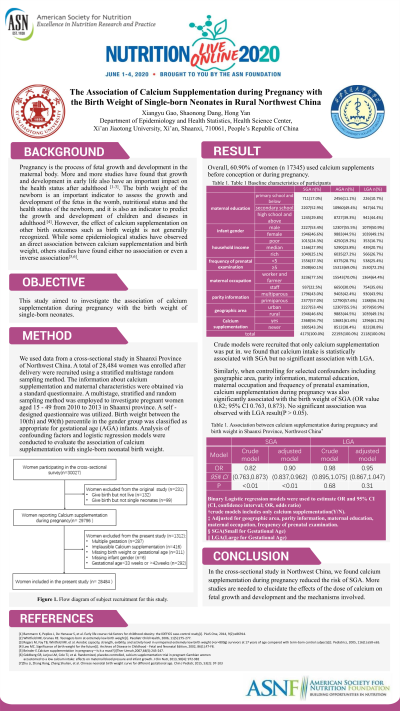 Objectives: To investigate the association of calcium supplementation during the pregnancy with the birth weight of single-born neonates.

Methods: The survey employed a multistage, stratified and random sampling to investigate 15 - 49 aged pregnant women in 2010 to 2013 in Shaanxi province. A self - designed questionnaire was utilized. Birth weight between the 10(th) and 90(th) percentile was classified as appropriate for gestational age(AGA) infants. Chi-square test and logistic regression models were conducted to evaluate the association of calcium supplementation with single-born neonatal birth weight.

Conclusions: Calcium supplementation during pregnancy reduced the risk of SGA, but was not associated with the birth of LGA.