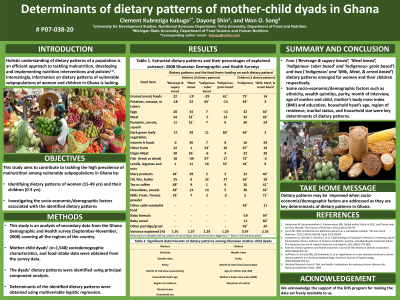 Conclusions: These findings are hoped to provide scientific bases to guide interventions, recommendations, and policy programs targeted at women and children in Ghana. Additionally, it serves as a model for further research and a possible basis for studies on the association between dietary patterns and development of diseases.