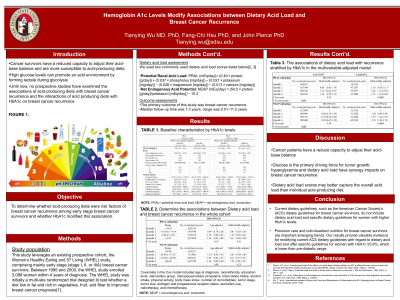 Conclusions: Our study demonstrated for the first time that even at or above normal to high HbHbA1c levels, dietary acid load was associated increased risk of breast cancer recurrence among breast cancer survivors.