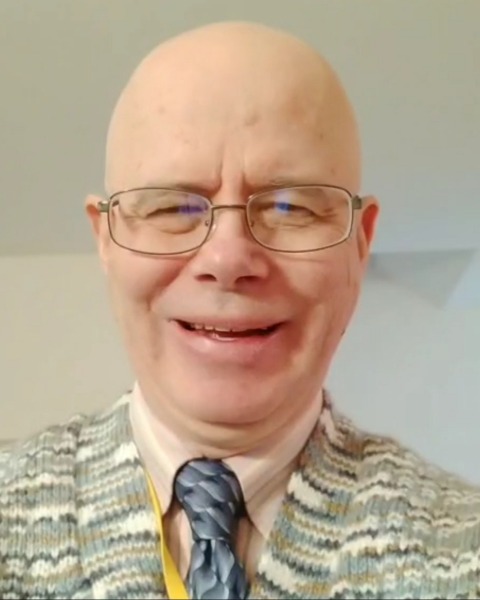 Charles J. Greenberg MLS MEd AHIP became the Library Director for the Rowan University School of Osteopathic Medicine Library on January 13, 2020. He brings over 30 years of health sciences and academic library experience from his prior positions at the Columbia University Law School (1985-1989), the Columbia University College of Physicians and Surgeons (1989-1998), the Yale School of Medicine (1998-2013), and Wenzhou-Kean University (2013-2019).
Charlie has been an active member of the Medical Library Association since 1990. He is a former chair of both the Educational Media and Public Services Sections of MLA and was an Association of Academic Health Sciences Library Libraries / National Library of Medicine Leadership Fellow in 2002-2003. He renewed his standing as a Distinguished member of the Academy of Health Information Professionals (AHIP), 2015-2020. He formerly coordinated an Institute of Museum and Library Services (IMLS) institutional partnership grant to introduce underrepresented minority high school students to health sciences librarianship and medical informatics.
One of Charlie’s missions is to nurture the pipeline of future health information professionals. He has taught as a part-time lecturer for the School of Information at San Jose State University since 2007. He has taught also taught continuing education for more than 25 years on topics ranging from cognition and interface design to open access public digital archives. He promotes merits of open access for biomedical resources to address information inequities and sees a bright future for information professionals in the knowledge economy. Outside of his academic position, Charles also contributed reviews of documentary videos to Educational Media Reviews Online (EMRO).
During Charlie’s term as a Fulbright Academic Specialist he was invited in both 2008 and 2012 to present digital librarianship continuing education courses at the Republican Scientific Medical Library in Yerevan, Armenia.
Since 2010 he has also served on the Board of Directors for the Networked Digital Library of Theses & Dissertations (NDLTD), an international non-profit organization that promotes best practices in graduate and undergraduate student research publication. Charlie has presented several papers on electronic theses and dissertations at the annual international ETD symposia.
Charlie has a Master of Education degree (1995) from Teachers College, Columbia University, and a Master of Library & Information Science from the State University of New York at Albany (1981).