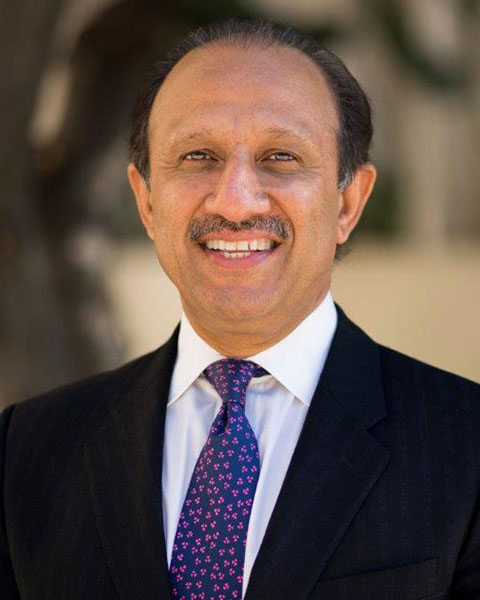 Inderbir S. Gill, MD, is Distinguished Professor and Chairman, Catherine & Joseph Aresty Department of Urology and Executive Director, USC Institute of Urology at the Keck School of Medicine, University of Southern California, Los Angeles, CA, USA. He holds the Shirley & Donald Skinner Chair in Urologic Cancer Surgery and is Associate Dean (Clinical Innovation). Previously, he was chairman & professor, department of urology at Cleveland Clinic, Cleveland, OH, where he was on faculty for 12 years (1997-2009).

During his 10 years in Los Angeles, USC Urology has grown nicely in scientific stature, clinical volumes, financial productivity and philanthropy. As a result, USC urology has progressed in U.S. News & World Report rankings from being outside the ‘Top 50’ in 2009 to #9 in 2018 (#8 in reputation score). In NIH rankings, USC Urology improved to #16 (2016).

Dr Gill has published ~740 scientific papers with ~31,000 citations. His H-index is 100. He has edited/co-edited 10 text-books and has been on the editorial boards of 9 urologic journals. He is principal investigator of a funded R-01 grant from the NCI and co-PI on 3 other NIH grants. He has been invited for over 450 visiting professorships, invited lectures and live surgery demonstrations world-wide. He is elected to the prestigious American Association of Genito-Urinary Surgeons (2003) and the Clinical Society of AAGUS (2009).